“…I had one plate, one towel, and I’d buy clothes from thrift shops. And I was very intense, and sort of humorless. But it reintroduced me to the power of words as a way to figure out who you are and what you think, and what you believe, and what’s important, and to sort through and interpret this swirl of events that is happening around you every minute.” 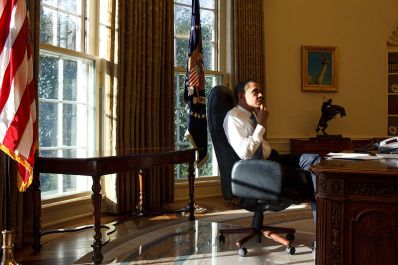 If you have ever wondered what President Obama thinks about Gone Girl, Song of Solomon, Three-Body Problem or other books, you are in luck. Michiko Kakutani, The New York Times’s chief book critic interviewed Obama on January 13, 2017 about how books have influenced the President’s life.

The interview paints a picture of a man who deeply values reading as a tool to understand different people and who adores books because he found “these worlds that were portable, that were yours, that you could enter into.” Obama and Kakutani’s discussion indicates that writing short stories and nonfiction has also formed the man Obama has become because it forced him to be self-reflective, to catalog what he wanted and who he was.

Though Obama admits that he turned to the writings of King, Lincoln, Mandela, and Gandhi during his presidency, he also read items that are less political. He finds Lauren Groff’s Fates and Furies “powerful” and thinks that Gone Girl  is a “well-constructed, well-written” book.

The entire interview is a great one and shows an intense love for books and what they give to humanity. I encourage you to head over and read the entire interview. There is something humanizing about discovering what fiction a person reads. It makes him (or her) easier to relate to and to understand. As Obama prepares to leave the Oval Office, it is a sweet goodbye and reflection of the man who has lead the United States for 8 years.

Now I have to go track down what other presidents have read. I’m curious to find out.